Why I Chose Fuji? 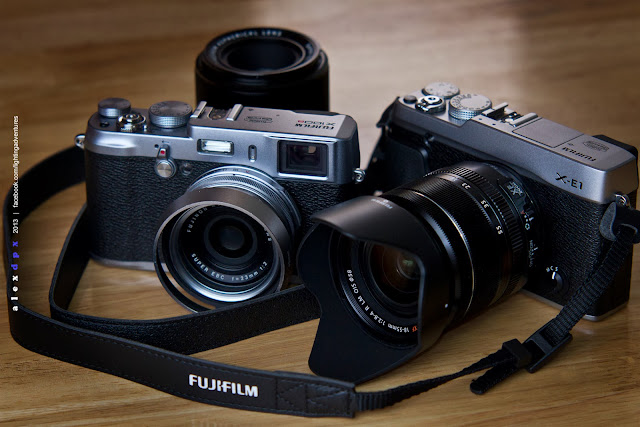 With the recent addition of a Fujifilm X-E1 in my gear bag, I am surely well on my way to converting from DSLR junkie to mirrorless nut.  I'd most likely still keep my DSLRs, but who knows for how much longer. 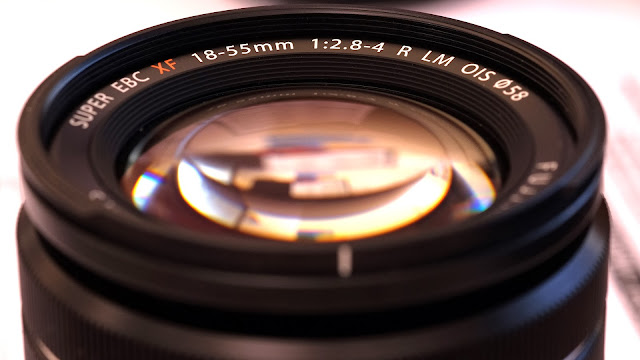 A few years back, before there were mirrorless cameras, my best choice for a smaller camera was the high-end compact.  I bought a Powershot G7.  But I was never happy shooting with it. While I would always bring it with me, I still felt the need to bring a DSLR along and I would still shoot with the DSLR more.  It had manual controls, like a DSLR, but it could not produce images like a DSLR.  I did not buy another G-Series Powershot again, nor any other high-end compact for that matter.

I know that Olympus and Panasonic were the pioneers in this market but I was never a fan of the 4/3 or Micro 4/3.  However, the camera market seemed to be headed in that direction so I waited to see what Canon comes up with.  After all, my entire photography system is Canon-based so it makes sense that my mirrorless system should be Canon as well.  But we all know what happened next.  It took Canon a very long time to put something in the market and during that period, we saw other brands join in the mirrorless revolution.  Sony introduced it's NEX system.  Now that's more like it.  Interchangeable lens, APS-C sized sensor in a body more compact than any micro-four thirds (MFT) out there at that time.  But I had my reservations.  I don't like the proprietaty features that Sony products always seem to have, e.g. Memory Stick and that non-standard hot shoe.  I'm a lighting photographer, so that hot shoe was a big deal to me.  Then I took a closer look at the lenses available and I realized they're small but slow.  The faster ones are huge and expensive.  There's an adaptor available for Alpha mount lenses but I don't have Alpha lenses.  User interface was not that big of an issue.  I would need time to learn it but once I have, it's not going to be a problem anymore.

Fuji came up with the first X100.  I didn't liked it because of the single focal length fixed lens.  I love my zoom lenses.  (It eventually took a lot of reading reviews and Zack Arias' joining in the fold of Fuji before I gave it a more serious second look.)

Around this time, Canon introduced the Powershot G1X.  It looked promising with a near-APS-C sensor, full compatibility with the EOS system of accessories but, the fixed slow lens was the big let down despite it having a practical zoom range.  When Canon introduced the EOS M, I thought, could this be the Canon mirrorless I have been waiting for?  But not quite.  Reviews said it's focusing was as slow as hell.  And the lenses suffer from the same dilemna as Sony's NEX.  There is an adapter for use with the legendary EF lenses but it defeats the purpose of 'being compact'.  And with the adaptor, focusing becomes even slower.  Besides, the user-interface seems more Powershot than EOS to me.  How is that a bad thing?  I love the EOS user-interface.  The Powershot UI, not so much.
It's been more than a year now since the EOS M was introduced with no sign from Canon that an improved next generation is in the works.  With the introduction of the EOS 100D (Rebel SL1), it's pretty clear that Canon is not that much interested to play in the mirrorless system arena.  I don't want to wait anymore.  It's time to take a look at what the others are doing.

The Micro 4/3 cameras are out, not impressed with the EOS M, definitely don't like Nikon 1, and Sony NEX was close, but not quite.  So what about FUJI??

My first Fuji X-Series camera was the X10.  It's not a mirrorless, it is in fact a compact, but with a sensor larger than any other compact at the time.  I bought it because I believe it was the closest thing there was to what I was looking for - large sensor, fast zoom lens, reasonably compact, and that hot shoe works well with my wireless triggers to fire my Canon flashes.  It was a wonderful travel companion and I have made beautiful pictures with it.  For the first time, I was travelling without a backpack of cameras.

When I attended GPP 2013 in Dubai, I got to experience the X100 for 1-day thru Fujifilm ME's loan program.  This, together with the launch of the X100S and the initial reviews got me sold to that camera.  I don't know, but I'd like to believe that I am the first one in Qatar to own a Fujifilm X100S.  I bought one in Dubai when it was not yet available anywhere else in the world.  The image quality, the colors, the high ISO performance, high speed flash sync speed . . . those things that this little camera can do simply blew me away.

More than a month after, thru Gulf Photo Plus' loan program, I was able to experience the X-Pro1 along with its 3 prime lenses.  And like the X100S, I love it.  I had a few photoshoots that time where I took the 2 Fujis along with my Canon EOS 7D.  At first, I took shots with the DSLR and then I started shooting with the Fujis.  I was so impressed with the results that I never picked up the 7D again for the entire duration of the shoot.  I think that it was then when I realized that my current shooting needs could be well covered with a mirrorless system.


It's rather difficult to explain the appeal of a Fujifilm X-Series camera - especially to those who has not had any experience with a mechanical film camera.  The cameras of old are made of metal with rings and knobs and physical switches that make distinctive solid, sounds of 'clicks' and 'clacks' and ratchets.  They look, feel and sound like they are built to last forever.  Fujifilm X-Series cameras are like that - X10, X20, X100, X100S, X-E1 and X-Pro1.  They are not, by any means, the most feature heavy or the fastest cameras out there but they are some of the most capable at producing high quality images.  They are not 'machine guns' that lets you 'spray and pray'.  In fact, it encourages you to slow down, think your shots through.  And you would, because you know you'll be rewarded for doing so.  Just like a high performance sports car needs a highly skilled driver, the Fuji X cameras demand real photographic skills.  If you are the trigger-happy kind of shooter, then it's probably not the right camera for you.  If you do video a lot, the X-Series is not the right camera for you.  If you shoot sports, the X-Series is not the right camera for you. 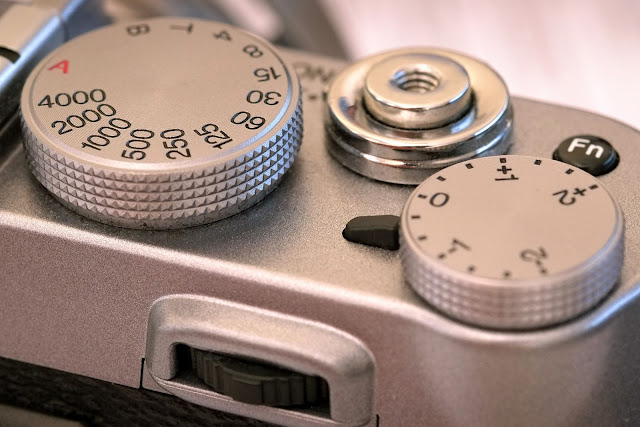 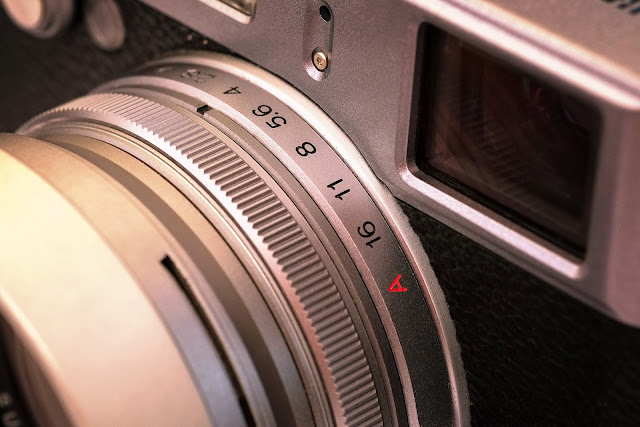 A large majority of today's photographers are accustomed to the buttons, menus, modes, and dials of the DSLR which is why most mirrorless cameras have a user interface that mimics this.  But not Fuji.  There is something about the X-Series classic mechanical camera styling.  It makes it inconspicuous.  While a DSLR makes the people around you a little bit nervous, they seem to be more tolerant with Fujis.  Maybe because many of them think they're just old film camera?  I don't know.


But what really wins your heart are the absolutely gorgeous image files.  Rich colors, high ISO performance and very good dynamic range.  And you don't have to shoot RAW to get those results.  In fact, I've been shooting jpegs with these Fuji cameras ever since I got them.  The combination of a very good sensor and high quality optics is probably the most important that Fuji got right.  This is what sells their cameras.  The quirks - poor battery performance, poor video functions, slow AF . . . those are just some of the few that I am (perhaps other X-Series camera owners too) willing to overlook in exchange for image quality this good.  Not that I don't want them to be improved but what I'm saying is the negatives are not that big of an issue to me now.