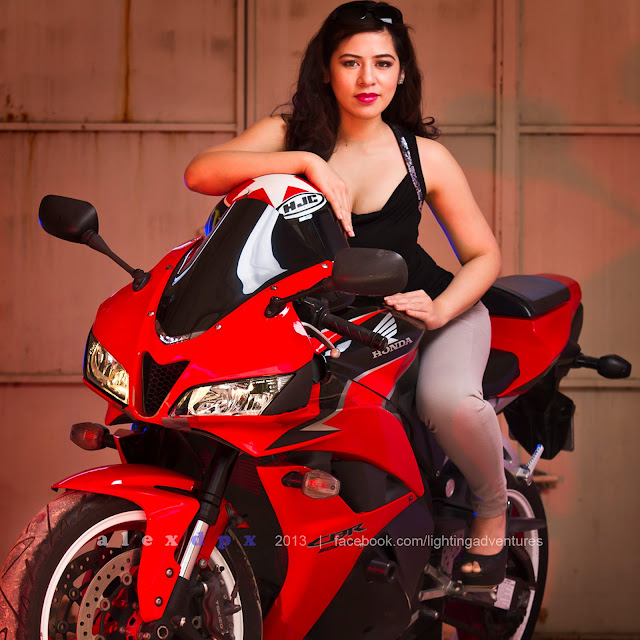 The beautiful Star Villanueva once again in our blog.  As promised in the previous post, this time, we'll be deconstructing her red bike set.  We did all of her sets within a small villa compound (including the indoor sets) with plenty of possibilities. 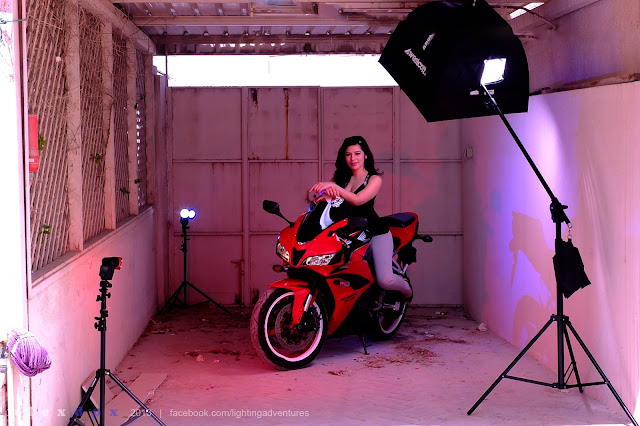 This is the lighting setup.  As you may notice, the blue light gives off the faintest of the 3 lights.

After doing a quick survey, my initial thought was to do the bike set under sunlight with a palm tree and basketball ring in the background then shoot it from down low with a wide-angle lens.  But it's almost mid-day and the sun is shining at its brightest.  The only way I can equalize that is to use bare and unmodified flash light.  I want soft light on her at least so I scrapped the idea and settled for an unused but very well shaded garage. 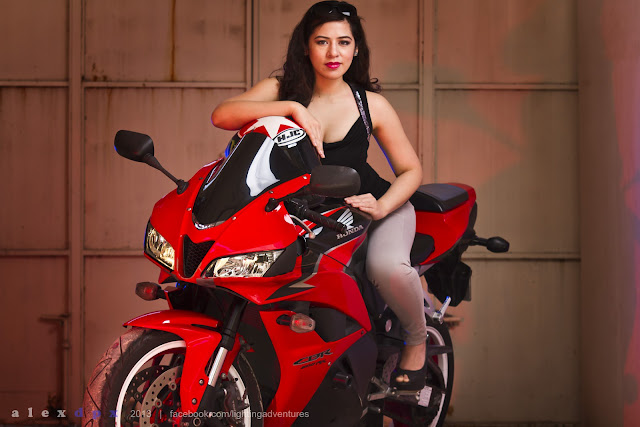 We setup the bike right in the middle of the narrow garage at 45deg. angle to make some room for the lights on sticks.  Basically, I had my main light in a 24" x 24" soft box setup on a boom and aimed down at her and the bike at an angle (it's probably 45 or 60, not sure now) and placed close enough to give that soft light but far enough so we can avoid in our composition.  That takes care of emphasizing my main subject. 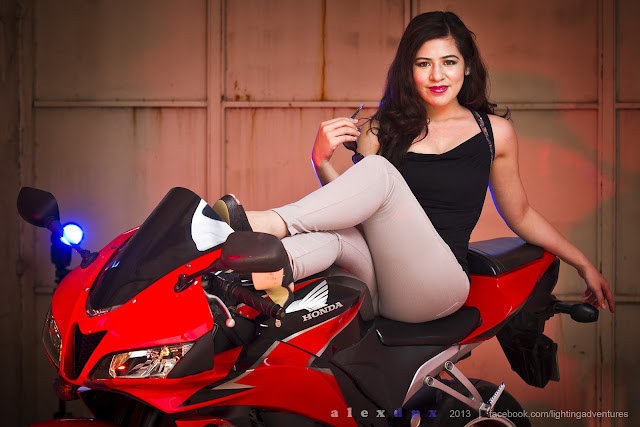 Then I placed one Speedlite aimed at the bike's front end on the opposite side of the main light with a red gel to match the color of the bike itself.  A third light with a wider grid snoot and blue gel was placed at camera left behind the bike to provide some rim to the subject.  Because of the narrow space we had, I needed the narrow FOV of my Sigma 70-200mm to avoid the lights from appearing in my shots. 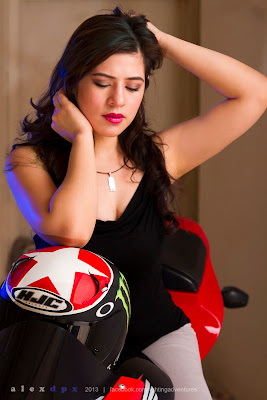 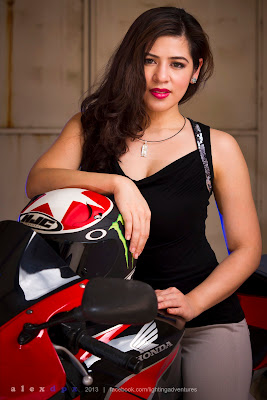 The same lighting setup as the previous photos were used here.  We just removed the red gel on the 2nd light at camera left - just to try and see how it would look like.  And we found it's rather good too.

Lighting ratio?  I don't really know.  I would usually start at f/4 or f/8 for my main light and usually set the others at around 2 stops settings lower.  I prefer to "cook by taste" rather than by formula.

It's such an honor to be featured in your very informational blog Sir A! Till Next time, Thanks again =)

And thanks for continuously reading :)