Color Management 1: "There Is No White Light." 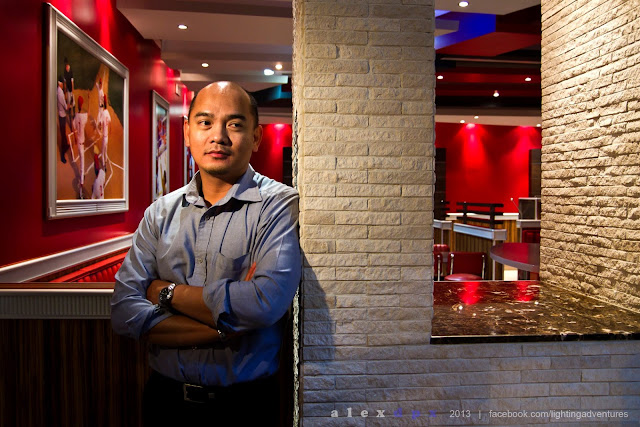 This is a follow-up to the previous blog post titled "Restraining Power."  Although the photos featured here are from a separate photoshoot, the same lighting setup was used as before but this time, the photos are presented in color so there was a slight modification in camera white balance setup and the gel filters.  The Fujifilm X10 was sold that morning so these shots were all taken with a Canon EOS 7D.  We now have here a camera with bigger sensor and better dynamic range so, color it is! 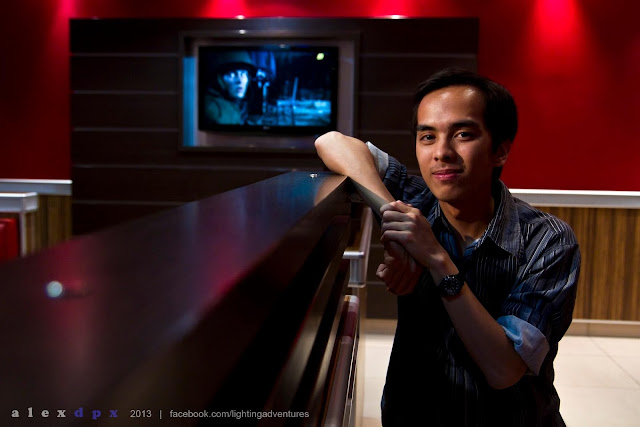 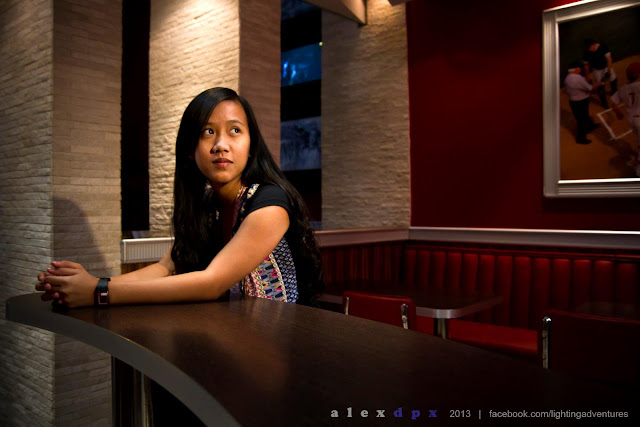 The interior ambient lights of that fastfood restaurant were of mixed color temperature but generally dominated by tungsten.  So that's where I based my camera's white balance - tungsten.  You would think that having a full CTO gel in front of that flash will do the trick.  It will be enough to balance the color cast of the tungsten lamps but light hitting your subject will appear "white".  One lesson I kept hearing from Gregory Heisler, is that "there is no white light" in the natural world.  That meant warming up my support light (flash) a just a little bit more. 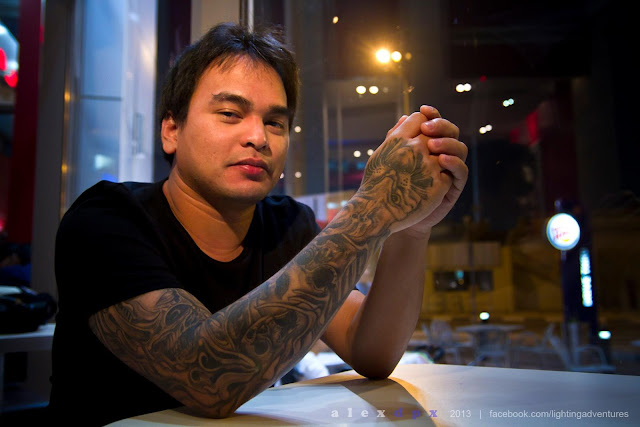 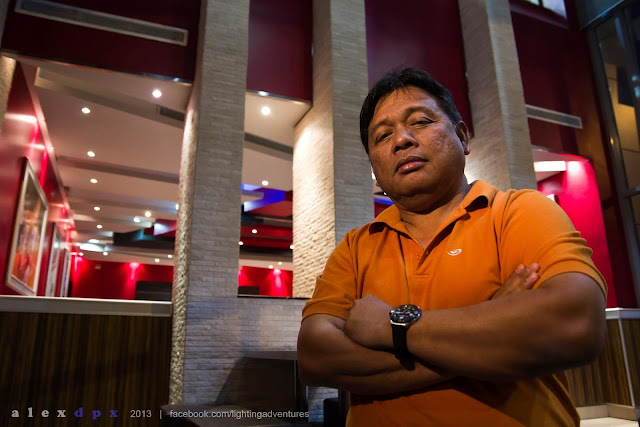 To do that, I added another 1/2 CTO gel on top of the full CTO.  Those 2 gels in front of the flash head caused around 2 stops of light loss.  But I was shooting at ISO 640 so the shots can be done handheld at a considerably fast shutter speed.  It's okay, the 7D can handle high ISO shots.  That setting compensated for the light loss caused by the CTO gels and I was still able to do the shots with flash power at 1/64 and 1/128 - that's right, the flash's weakest power settings.  Amazing, isn't it! 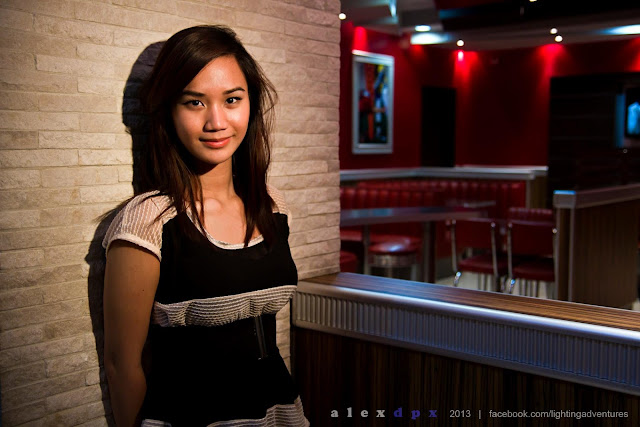 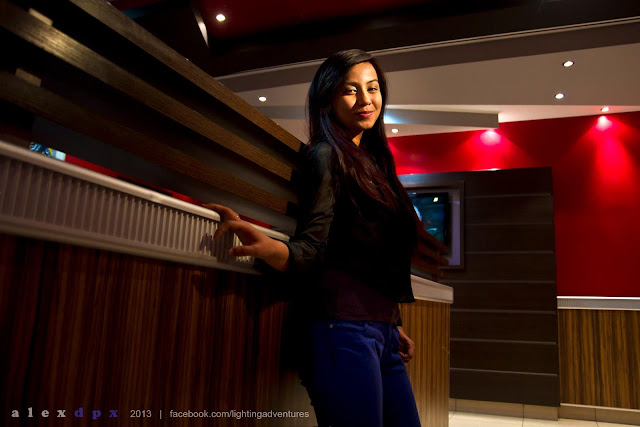 "There is no white light."  -Gregory Heisler.