A lot of enthusiasts and hobbyists avoid shooting with flash because it tends to ruin the beauty and atmosphere cast by ambient light.  In the previous entry, we talked about blasting our Speedlites to keep up with the power of the sun.  This time we'll talk about keeping up with ambient light by shooting with a powered down flash. 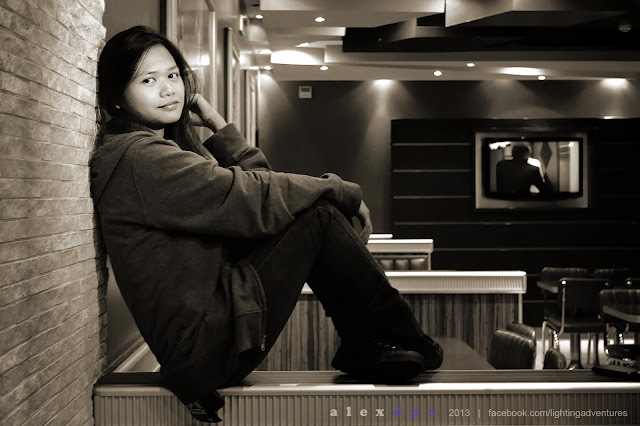 Ambient light, indoors and at night, usually mean slow shutter or high ISO.  Today's digital cameras are a blessing to those who shoot with available light.  My preference, however, is still to shoot with the assistance of a light source I can control.  The photos shown here were all shot impromptu in a fast food restaurant during our club's (DPSC) weekly meeting.  I've always thought this restaurant has a very nice interior design and lighting.  But light sources here are coming mostly from the ceiling so shooting people would usually result with dark faces or substantially exposed faces but with a slightly blown-out background - unless you use HDR, which is really not what I would do. 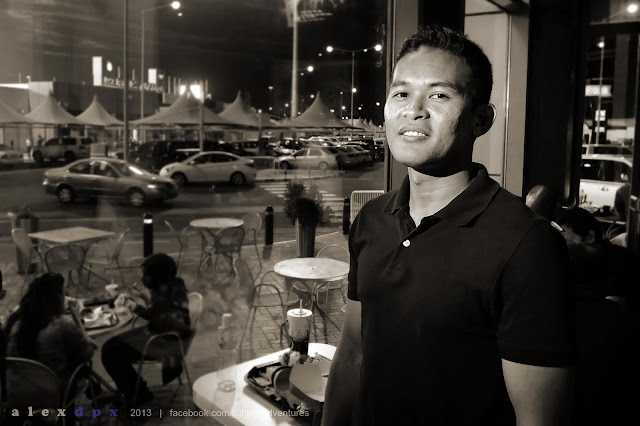 So for this shoot, I relied once again on my trusty Speedlite fitted with a Rogue honeycomb grid (aren't you sick of me mentioning this modifier yet again?  I told you this is my current favorite.)  I figured that most of the time, my subjects are already well lit by ambient except in their faces.  A Rogue grids is perfect for that job.  I used low power for my Speedlite, about 1/32 to 1/64, just enough to illuminate their faces without burning them out.  The resulting photos look "unlit" because I allowed ambient exposure to have some level of influence on my subjects.  The job of the Speedlite then was simply to subtly fill the shadows only on their faces and the Rogue grid prevents that light from spreading where I don't want them to. 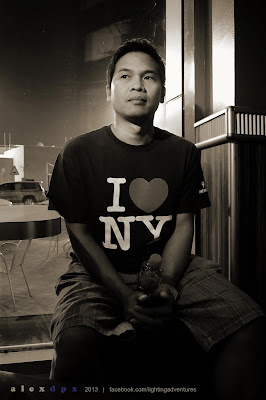 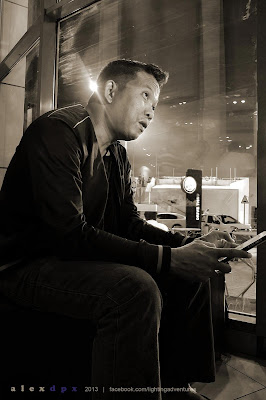 If and when the light is perfect, I would shoot with purely ambient in a heartbeat.  But when it's not, I will not hesitate to use every available light including whatever is in my pocket or in my gadget bag.

All photos taken with a Fujifilm X10.  More of these photos are available for viewing here.

Which flash did you use with you fuji x10?
Celine