How Can You Beat The SUN??? 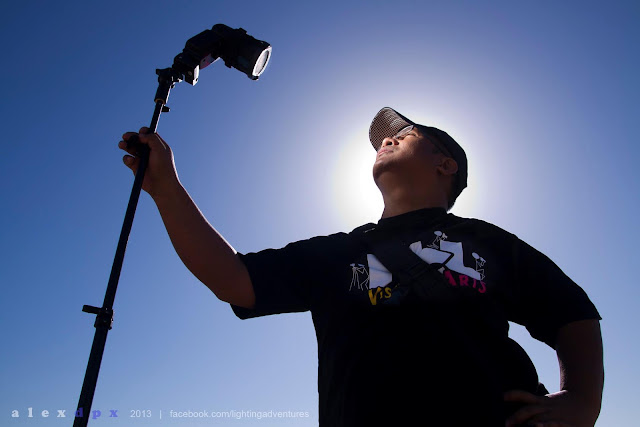 Literally, with 1 Speedlite?  YOU CAN'T!!!  The brightest light source in the Solar System, there is nothing brighter on Earth, so if you're shooting directly against it, you can kiss that shot goodbye.  Back in the 70s and 80s, Kodak has been preaching us to shoot in the direction of sunlight, not against it.  But light is more dramatic in the opposite direction. The only problem is, anything or anyone you put in front of that sunlight turns into a dark patch of silhouette.

You cannot win against the sun fair and square, but nobody said you cannot cheat.  The simplest thing to do is NOT to challenge it face-on.  You have to cut down its power and intensity to manageable levels.

In the first example above, featuring Jhoe Mugz, I've significantly cut down the sun's power by covering it with my subject (Jhoe) and shooting behind his shadow.  Naturally, by exposing for the sky, you get the blue sky properly exposed but he would turn into a silhouette.  But because the sun is no longer so bright from where I was shooting, lighting  my subject with a single Speedlite at 1/8 power and fitted with a Rogue Grid is not impossible anymore.  I should mention here that that Rogue Grid is also fitted with a 1/2 CTO gel to compensate on the camera's white balance setting which is "Daylight".  Power of the Speedlite is considerably set low because it is so close to the subject and any higher than that would definitely cause his face to burn.  Not literally, of course.  I mean the highlights where that flash hits will be all blown out.

Similarly to the next example below, I took this picture at a certain angle from the sun, not directly facing it.  Power setting was a little more at 1/2 because I had it placed a little bit farther to include the landscape in the background.  That's around 2 meters from Anna, our model here. 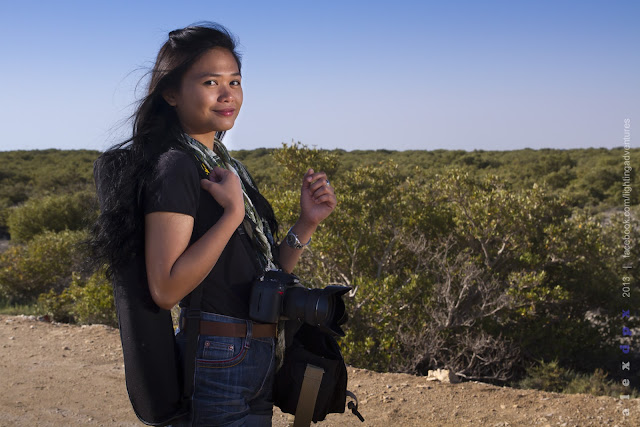 And here she is having fun with the light although the power setting here is a bit lower at around 1/8. 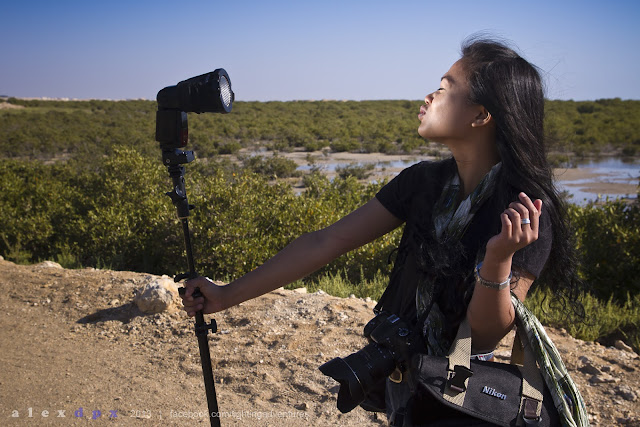 While crossing one of the streams in Purple Island in Al Khor, I had the chance to photograph young Nikki against the rising sun.  It's brightness is still manageable but my flash still needs to be pumped up to full power to compensate for a rather far subject-to-flash distance.  Note that the 1/2 CTO gel on that Rogue Grid cuts down your flash power by 1/2 stop. 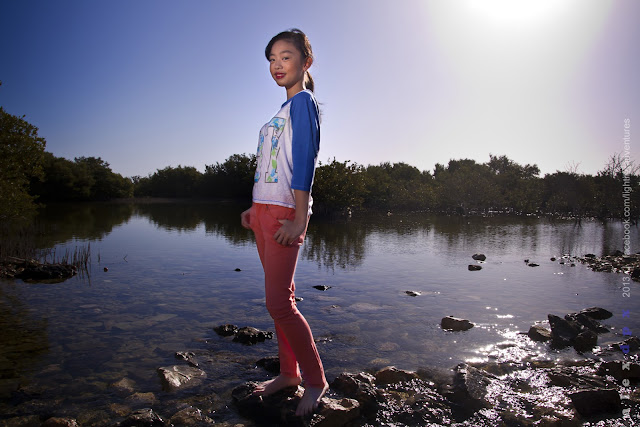 A couple of shots with Lhai taken when the sun was nearly directly overhead.  Generally, we do not like to shoot in such lighting condition but it's actually not so bad when shooting portraits.  Just fill the shadows with a burst of flash or a reflector and often times it works.  I like shooting this way because it allows me to capture the colors in the highlight areas and the shadows are taken cared of by flash.  Can I shoot it with just sunlight?  Sure, but colors aren't gonna be this vivid. 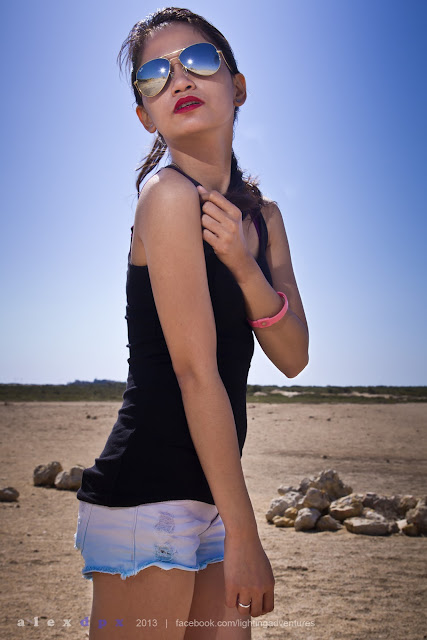 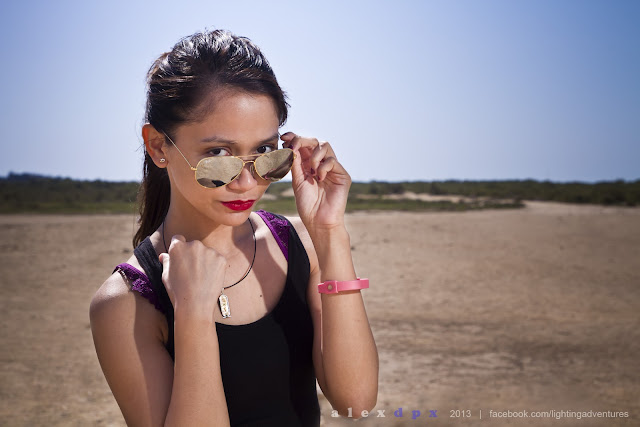 In this shot of Janela, the sun acts as a second light (back light or rim light).  You can see by the shadows cast on the ground that the sun is up high.  But a burst of flash, again with a Rogue Honeycomb Grid, to her face and upper body has  effectively filled that shadow side.  Powerful enough to illuminate her yet weak enough not to cast any visible shadows on the ground. 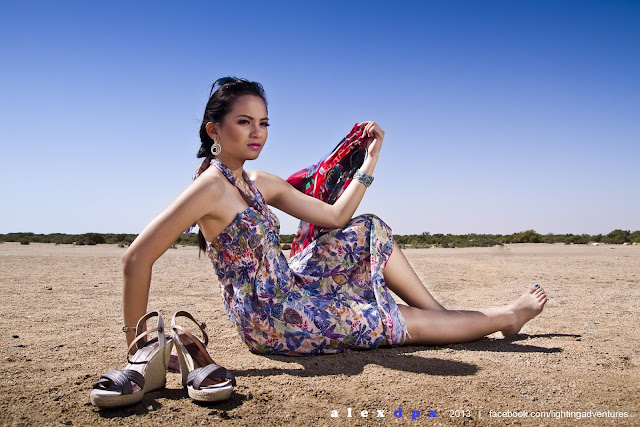 Now let's get the cat out of the bag.  Are these photos post-processed?  Of course.  But nothing different from what any old-school photographer will do in the dark room.  Much of the edits done here are brightness and contrast control and a little clone-cleaning to eliminate some small distractions.  The colors in the background (particularly the blue sky) were there on-capture - maybe under or over exposed by 1-stop, but they are all there.  All that's needed is to lift them up during the RAW conversion process.

If the highlights have been burned out, there is no way you can bring back it's color and details without faking it.  And that would have been sad.

Thanks Alex, great post I've learned a lot. I clipped it to my evernote files for later reference. Wish you were closer so I could learn from you :-). Celine

Thank you Celine! Kirstin said that to me too. How I wish we're all just a few blocks apart :) If you're really getting into lighting, you should really explore and dig deep into David Hobby's blog (www.strobist.com)- even the very old articles that date way back in 2006.