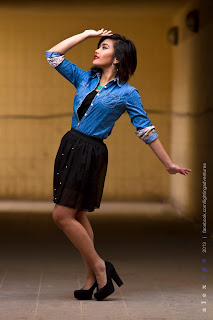 I don't mean to say shoot solely with ambient and ditch your flash.  No, no, no.  What I'm proposing here is to utilize ambient light and then support it with flash (or strobe or however you wish to call it).  As much as I scout for location, scouting for natural beautiful naturally occuring light is part of the thought process too.


Pools of light, light shafts, suns rays, back lights . . . I look for all of those and think how they could be useful in my photoshoots . . . and then I introduce a flash, or maybe 2.  Ambient, on its own, tend to light everything equally - without regard as to what you want to give more emphasis.  A dash of flash helps to lift your subjects up by a notch above the background. 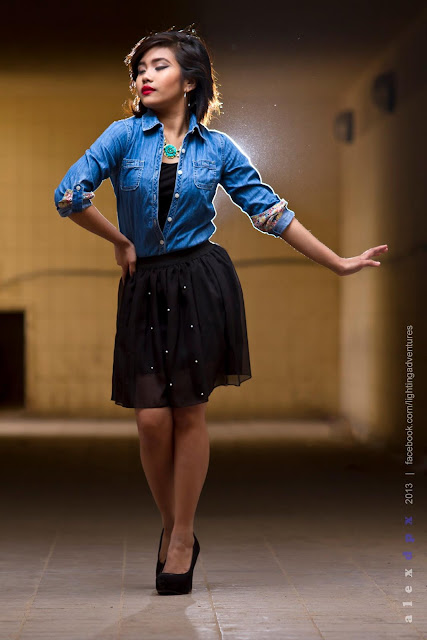 The photoshot for Ellaine and Armand were done in a not-so-busy pedestrian tunnel somewhere in Doha.  That tunnel has a lightwell at mid-point which means that daylight shines thru it illuminating the middle portion of the tunnel's length.  I planned on doing my photoshoot there with the darker portion and well lit end of the tunnel as background.  While the resulting test shots showed nice and even lighting, I found it to be rather dull and my subjects did not popped out well enough.  My solution was to support the light from above with a Speedlite in a Westcott Apollo Softbox positioned from the same direction that daylight is coming from at a power setting approx 1-stop higher than ambient.  Then I placed another Speedlite with a Rogue honeycomb grid on a stick behind the subject (light stand legs digitally cloned out) to give that intentional rim/flare and separation from the background. 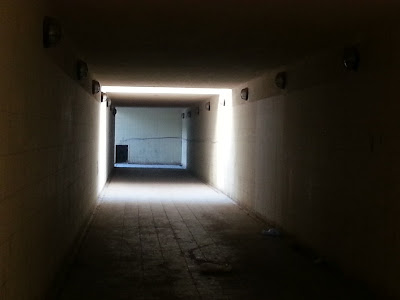 Smartphone shot of pedestrian tunnel taken from one end.  You can see the middle portion where daylight from above shines thru and at that moment I knew, I would shoot my models there. 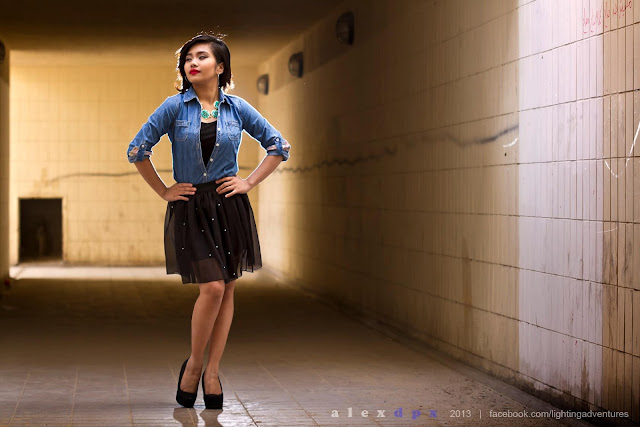 I have posted the image above in my 500px account and it has earned a high rating of 88.2% making it worthy of a 500px "POPULAR" stamp. 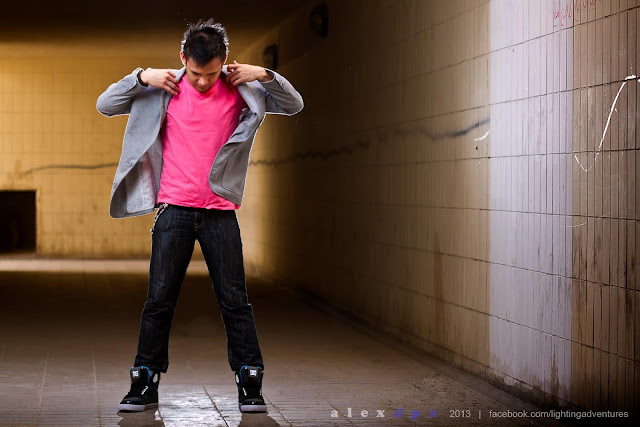 Because the supporting artificial light is coming from the same direction as daylight, the two similar photos above looks BELIEVABLE.  The main light (with the soft box) could have been the same daylight from the light shaft and the light behind the subjects could have come from the bright area at the end of the tunnel. 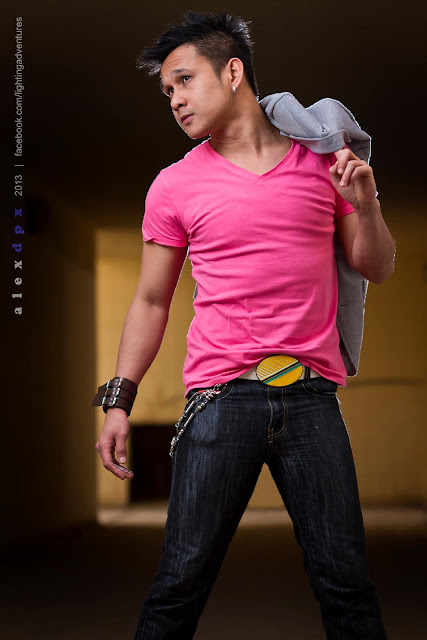 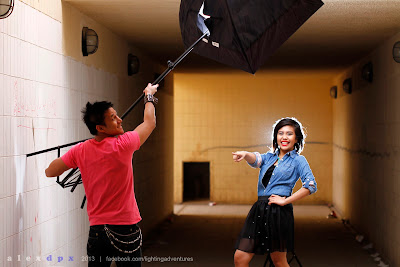 And here is the BTS (which is more like fun for both of my models).  I think the position of the lights are obvious and explain themselves.  As mentioned, the lightstand legs of the one behind was digitally cloned out (along with the rubbish) in the final images.

There are locations and lighting where ambient or naturally available light is just so gorgeous that support from an artificial light source is not necessary.    This is why we do test shots to see what ambient can give us.  However, in many locations and photoshoots I've done, ambient as it is, is just not enough.  Either you modify it a little with scrims and reflectors, or you support it with artificial light.