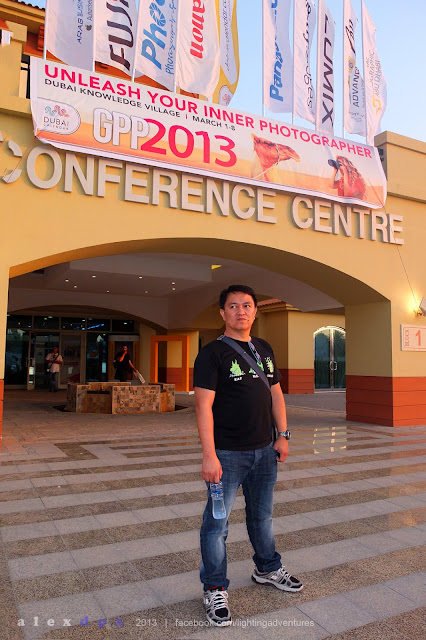 The title of this blog post was a line from a movie called "Dragon: The Bruce Lee Story".    In that scene, Bruce was apparently a troublemaker while working as a dishwasher in a Chinese restaurant.  Through the kindness of his lady boss, he was given what she called an "all-purpose loan".  She also described how he might spend it and some possible scenarios he might end up with.  Like taking the beautiful waitress out on a date and buy her nice things.  Afterwards, he will have a nice time and will remain handsome but in a few years, he will one day wake an old man but still just a lowly dishwasher.  And then she said, "now they say that education is not a bad option . . ."   And he went on to graduate with a degree in Philosophy from the University of Seattle before he became a famous movie star.

Now . . . Let's assume for a moment that you have extra cash to spend, say enough to buy a new DSLR kit, how would you spend it?  Would you buy that DSLR kit?  I know that's a lot of money to spend on a lot of things.  You could say help someone in need, or give it to charity, or invest it, or maybe travel, or maybe save it for a rainy day.  But this blog is all about photography and lighting so the question is directed towards photographers and photography - only and strictly.  All you goody goodies and moralists can just save it.  With that clarified, I think we can now proceed with the topic. 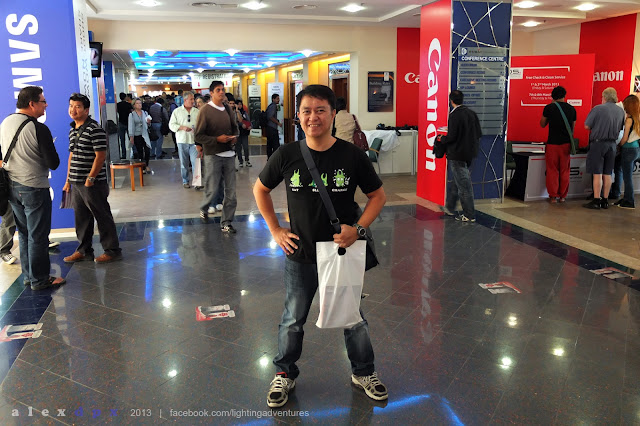 Went straight to Photo Friday opening day of GPP 2013 from the airport.  I had not slept the night before because my flight from Doha was scheduled at 2:00 a.m.

So let's just say you have that much cash in hand - not on credit card or something you have to get from a loan - but spare cash.  That's enough money to buy a nice new lens, or maybe a new DSLR, or that killer-lighting setup.  But would you spend the money on those?

Since 2008, when David Hobby started out in GPP and started writing about it, I already dreamt of attending, simply because it's the most feasible for me.  I thought it would be cool learning from and mingling with the world's finest photographers all gathered in one place.  But over the past years, something always happens that prevents me from going, like - my wife losing her job, me losing mine, a loved one getting sick, me getting sick . . . and so on.  When GPP 2013 was announced in December, I was in a good place in my life  and I really felt like I could go this time.  So after selecting a workshop to attend (David Hobby's Speedlight Bootcamp) I made a little calculations on possible expenses including airfare, accommodations, food and a little pocket money and . . . Woooooo!!!!  That's enough money to buy a new lens!!  I know, I thought the same thing as many of you would have thought!  I had to back off for a moment.  Is it really worth it?  Or should I just buy that new gadget?  I was actually thinking of the many things I could spend that money on but in the end, I decided to go anyway.

I know that a new gadget - camera, lens, lights, etc. - will last with me for years. Attending GPP 2013 will only last for a few days and the money will then be gone.  However . . . a new gadget will not make my photography any better.  At best, they will make me feel good for a while and then they will be just tools of the trade - just like my old ones.  While attending GPP will lasted for just 4 days, the knowledge and experience I have gained will last for the rest of my life.


I'm glad I went.  It's one of the best experiences a photographer - hobbyist or pro - could have.  Not only did I get to learn, mingle, have breakfast with, chit-chatted and party with for one week with our generation's very best - David Hobby, Zack Arias, Peter Hurley, Bobbi Lane, David Nightingale, Lindsay Adler, Scott Hargis, John Keatley, Sara Lando, Eduardo Angel and legends such as Gregory Heisler, David Alan Harvey, David Burnett and Joe McNally.  These guys are some of the VERY BESTS . . . IN THE WORLD . . . TODAY!!!  I also got to meet new friends from different parts of the world.  I also got a book signed by Joe McNally (could be worth something someday) and a shoot-thru umbrella, also signed, by David Hobby (could be worth something someday).

This was supposed to be a one-time experience for me but after this experience, I'm already thinking of going back next year.  Workshops and seminars cost some money, sure . . . but so does your gears.  You wanna be a photographer?  Go learn some photography and rock whatever gear you have now.  Or . . . you can go buy that nice new camera (or lens), give in to what Zack Arias calls 'GAS' (gear-acquisition-syndrome) and be a gadget geek.

P. S.  If you're interested in attending next year, just visit  www.gulfphotoplus.com and register as a member.  It's free.  Announcements for the next GPP and their lineup of workshops and instructors are usually made towards the end of December.
at 7:00 AM

great post and so glad you made it. My friedn Christine invited me to come last year but couldn't either. Gload I did go this year. Education IS the best. Celine

That's true Celine. If you know real photography, you'll be fine with either modest or expensive equipment. Thanks for dropping a line :) So how's Beijing?